ORLANDO, Fla., June 23 (UPI) — A new space tourism company began selling tickets on Wednesday for six-hour hot air balloon flights to the stratosphere from 2024. The price for a seat: $125,000.

Florida-based company Space Perspective predicts up to 25 flights in the first year in what is the second major layer of Earth’s atmosphere and extends out to about 31 miles, or more than 163 000 feet, above the surface of the planet.

Space Perspective becomes only the second to offer space tourism tickets, following Richard Branson’s Virgin Galactic plans to offer suborbital flights. These plans have not yet been realized.

“The demand for space tourism is so huge that, honestly, we welcome more players into the industry and we believe in that adage that a rising tide lifts all boats,” said Jane Poynter, co-founder of Space. Perspective, in an interview.

The company began testing a capsule under a giant balloon on Friday with a successful 20-mile high flight from Florida that landed in the Gulf of Mexico. Operations are to be initially based at Kennedy Space Center, Poynter said.

Space Perspective also released a photo from Friday’s test flight that shows the curvature of the Earth, a blue layer of atmosphere and the darkness of space. Such views will allow space tourists to see about 450 miles, the company said.

Up to eight passengers will ride in a pressurized capsule with an experienced pilot, bar and bathroom. The journey will end with a splashdown.

The Branson-based company originally hired passengers for $250,000 per seat, but halted sales after a test flight crashed in 2014. As testing continues, seats are being sold for flights of research and training, but not for space tourism. 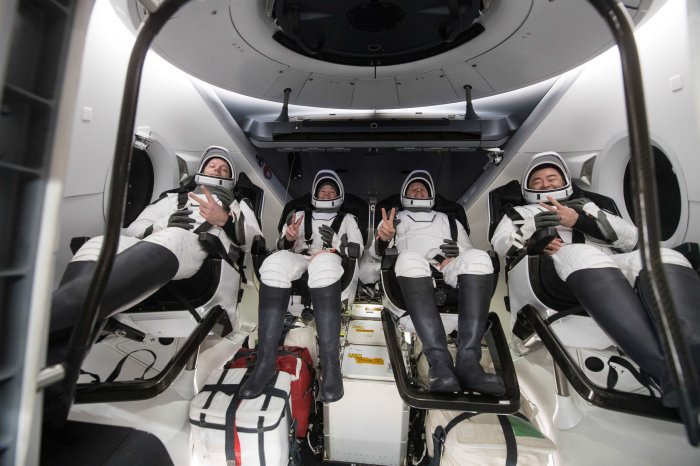